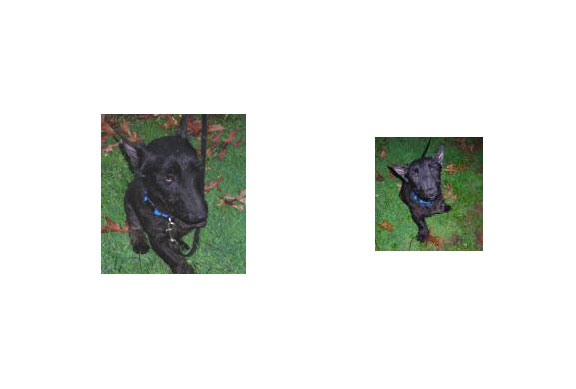 Scotty is now living in Illinois with his new family and doing very well. The image above is his 07 Halloween costume.

Scotty is just waiting for the very special someone who will give him the love and attention that he needs. Scotty is only 2 years old, but they have been difficult years. About a year ago, he suffered a severe injury to his left front leg, but his owner said they could not afford to have him treated, so they let his leg go untreated for nearly a year. Infection set in, and was slowly taking over his body. The owner finally took him to a vet who said that his leg had to come off in order to save him. They said they could not afford that, so they turned him over to rescue. His leg was amputated, and he feels so much better. Because his coat was so matted and tangled, he had to be shaved all over. So he does not look like a typical Scottie right now, but given time, his beautiful coat will grow back in.

Scotty is one of the sweetest boys we have ever seen, he seems to get along well with other dogs, and is sweet and gentle to everyone. However, a home without small children would be best. He does have some physical limitations, so he needs a home with a traditionally fenced yard, as he has a hard time walking on a leash. He also has difficulty going up and down stairs, so his new home should not have steep stairs that he would have to navigate. He has been neutered, has all his shots and is Heartworm negative. The pictures show him before his hair cut and after. If you think you can be that special someone that can give Scotty the home he deserves, please fill out an online application. Be sure to put on the application that you are interested in Scotty.