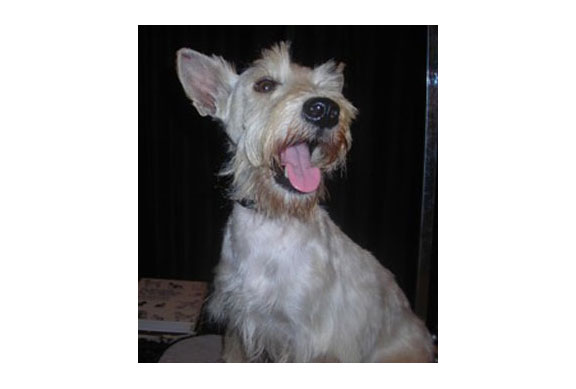 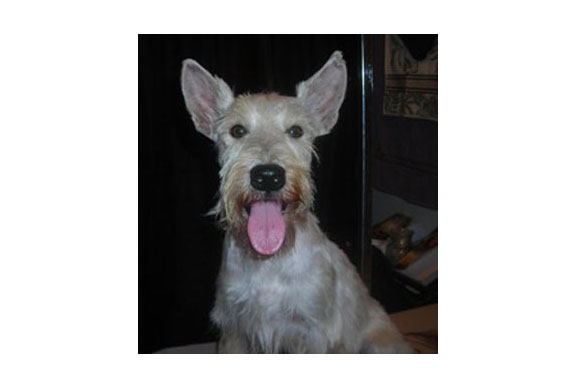 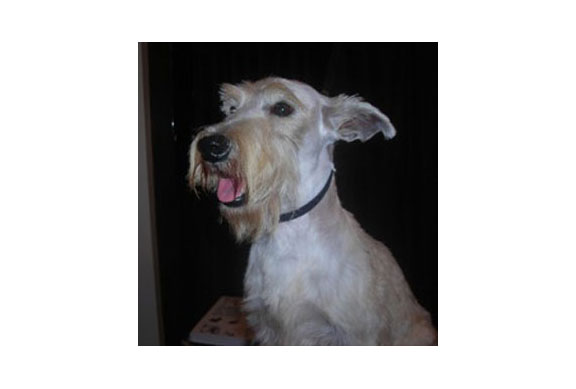 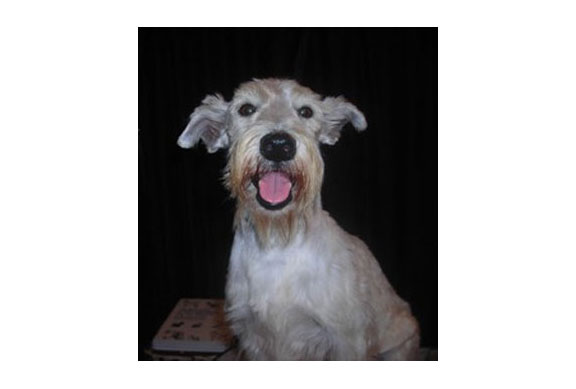 Bonnie and Molly were abandoned in a holding pen at a Tennessee Animal Shelter. They appear to be sisters and are quite bonded to each other. They are what are sometimes described as” Hybrid” or “Designer Dogs” in this case a mix of a Wheaten Scottie and a Westie, known as a ‘Scotland Terrier’ or a “Scottsie”. Both girls have heads like a Scottie, but bodies more like a Westie. They are very small in bone structure, with longer legs than a Scottie. They both weigh less than 13 pounds, however they are very skinny and both need to put on another pound or two to fill out. When they were found at the shelter holding pen, they were starving, filthy and matted, someone cut all their hair off with scissors, which gave them a very chopped off coat. All we could do was to groom up the heads, their coats will take time to grow back in. Bonnie has ears that stand erect, but Molly’s ears go out to the side, sort of like the Flying Nun. Both are very sweet girls, and we are going to try to place them together. These girls have apparently never had the luxury of being someone’s special pet, as they are very timid and somewhat skittish when we try to pick them up and love on them. The girls will need help with housebreaking and it will take lots of time and attention to bring out the very best in these sweet girls. They will need a home with a traditionally fenced yard, or owners who are dedicated to walking them on lead. They are good with other dogs, and will probably be fine with older children.

If you can give these girls a home, please fill out an online application.